You’re never alone in this world, that’s the good part of it.

The other one is that you can’t do whatever you want, whenever you want with who ever you want. As you plan, your plans change, and the success of a plan change will depend on your capacity to cope and adapt.  you have to deal with others needs, climate tantrums, competition, delays, accidents, friends that were not friends, body lows and downs. Sometimes – contexts, pretexts, moods and other people change of plans will disturb the landscape. When you may fight some may give up, or you could give up too.

Sometimes you will fight hard and fail, we can’t control everything. Three days ago, I was going to meet a great old friend at the airport of Geneva, I was coming from Madrid, she from San Francisco, but she got confused with dates and her flight was only due on the following day. I was waiting, with my home in my suitcase. I could have been to France but I ended up painting another friend’s wine bar dowtown, we had time to give birth to new projects. Today, I was in Beaujolais, going back to Bordeaux, someone jumped in front of the train and decided to make everyone’s day change on the way. I did all I could to catch the train in Lyon, I failed, but the driver was one that organized the Fête des Crus du Beaujolais in April, we worked on the way and got to know each other better. Now I’m stopping over Paris to see another old great friend, sunshine. These are just tiny details that changed my days, and a detail can change much more at the end. With a friend or two.

I try not to give up, make luck happen. Miss Vicky Wine has never stopped developing, not always at the sound speed, never in an easy way but you’ve been there and I’m often smiling. You should see some of my bottles in NYC soon and more surprisingly some more of them in France. I never thought this would work in my home country, I was all into the American dream but finally you believed in me and made the dream come home. I hope you’ll also been able to drink Vicky’s in Taiwan in 2014, I’ll get prepared this year.

In 2013, I will also extend my wine range to the region of Bordeaux where I live now. Not a red, nor a white but a rosé. I believe that the Bordeaux rosé has increased in quality, it’s fruity, fresh and crisp: all we need. I also think the Bordeaux wines under 10 euros should be more popular while the news headlines are loaded with news from the highest crus. Forget the heavy south pink, or the sour northern ones, I’ll find you the perfect Bordeaux for your shinny days, fresh and fruity with a nice structure, your summer breeze: All for pleasure, all we need. My jury with meet late January to taste the samples I’ve gathered for you. I will let you know how it all goes.

A  lot of short and long nights have passed, many more to come,  never alone, always with you. Thank you.

Beautiful adventures, good wine and success to you all! 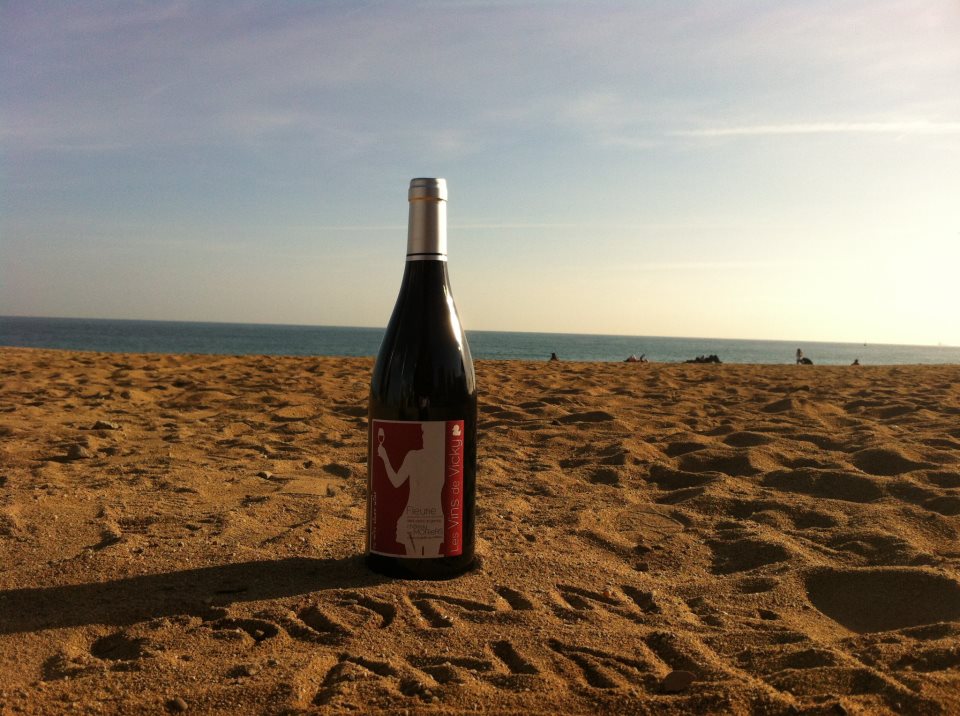