Montmartre lives in the past. It is a kingdom for artists, Parisian lovers, and grape pickers. A San Franciscan told me « when you live in Montmartre, you don’t need to go anywhere else, you have all you need ». No wonder I am not in San Francisco,(yet). 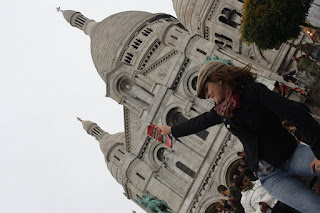 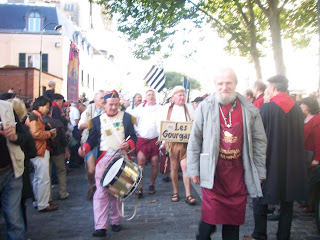 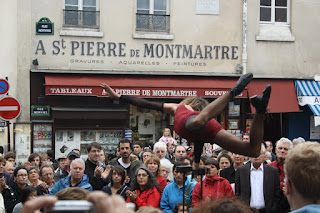 In Montmartre as you have vines, you also have harvest and the parties that go along with it. Last week on the hill, La Fête des Vendanges was an opportunity to celebrate the artists of the neighbourhood and their soil: French songs, wine, cabarets, traditional food, customs and smile. For five days each year, music can be heard everywhere, walking around the hill is a pleasure for all senses! Everyone is involved and bonded together. Solidarity is the theme and wines flows in glasses.

Don’t tell me that Parisians are stressed and lack stars in the eyes. At Montmartre village, everyone pauses for the weekend and loafs around. Dreams are in the air! 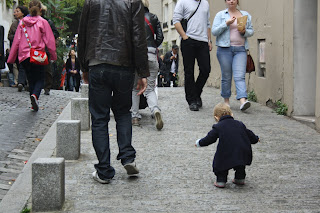 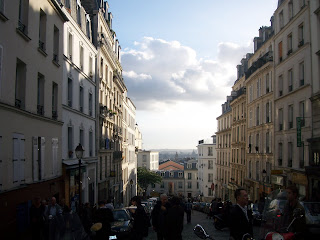 This year was in honour of the mythical theatre the “3 Baudets” created by Jacques Canneti – temple of French songs and heart of Montmartre cultural soul. The emblematic singer Charles Aznavour was the ambassador, chosen because of his repertoire that all French people know. Each year Montmartre also has a Queen, represented by an typical Montmartre young woman. This year it was Emma Ledoyen- daughter of Zelia – dream dress designer on the hill, and of Laurent Ledoyen – comedian and theatre director. She is a student in graphic design and drawing, following in her way her parents artistic destiny. 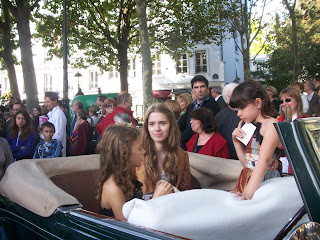 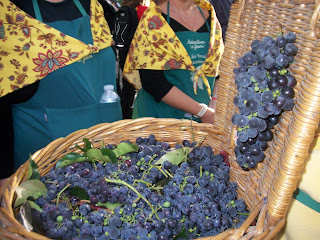 Together with Paris and Montmartre Mayors, Charles Azenavour and the Queen lead the traditional parade in the tiny charming streets of the hill, packed with the kingdom of numerous delegations, brotherhoods and associations.. Each of them was going with a different French song, followed by the cheering crowd and a flock of children awestruck by the flurry of things visible from their Dad’s shoulders or just running around. You could also attend concerts, dance at the Elysée Montmartre ball, check out the human pyramids in front of the Sacré Coeur and watch certainly the most beautiful fireworks I have ever seen.

“Fireworks at the Sacré Coeur”

Besides the wine and food discovery walks, the Fête des Vendanges is also an occasion for Montmartrois to introduce their own vineyards. In Montmartre there are 3: the Clos Montmartre, the oldest one was planted by the Free Commune and the Republique of Montmartre in 1930 to obstruct any building construction. It represents 3250 trees and 500 litres of wines whom sale’s profit goes charity. There is also “Les Jardins du ruisseau” vineyard and the newly planted vines of the “Bretonneau hospital” that I had the chance to visit: 120 Malbec vines giving birth to 70 litres of wine in average, the 100 bottles made of it are not for sale but only for the hospital use. Harvested on the 16 of September it is another hidden square of paradise! 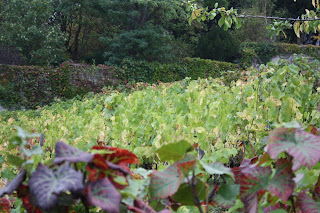 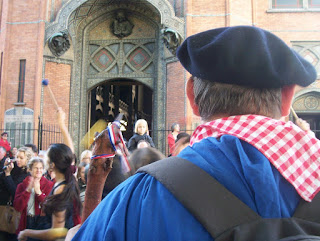 On the last festival day, Sunday, in front of the “Je T’aime” wall, is the famous Non-Wedding Celebration in an homage to George Brassens. « I have the honour to not ask your hand…Let’s not put our names at the bottom end of a parchment » says Daniel Vaillant, mayor of the district. This is Montmartre’s new form of union for those that want to be engaged to the eternal followed by the Non-Married ball at the Abbesses famous place. Improbable encounters, coup de foudre, valse musette and folklorique dance… Can you think of a better finale for a festival? 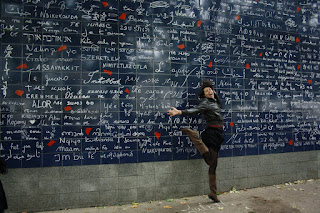