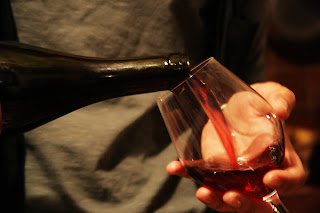 It is commonly thought that women drink light white and rosé while men drink red. Rosé isn’t a wine and even if it was, with such a color it wouldn’t be the one for a real man. We all agree that red is much more masculine isn’t it? White would do in hot weather, but it is often too light: wine has to have character, and the stronger the better, of course. Others like to think that women prefer to drink sweet wine, which makes sense because they also prefer sweet cocktails, while men prefer it dry. It is true, a woman is just like a child: fragile. Her palate is very sensitive and we must be careful with what we treat her .

If it was that easy to feel like a man and make a woman happy, things would be less complicated.

If the Gallup Poll survey shows that,with men and women combined, beer is the preferred drink over wine (2) and spirits (3), wine is number one for those with a college background. It is also number one for women, with American women being the most keen.
Until now we all agree, but other studies show paradoxical results.

A few weeks ago the legendary salon VinExpo in Bordeaux together with wine magazines, coordinated a study on wine and women. 4300 women were interviewed in 5 different countries: the US, Japan, Germany, the UK and France.

Results surprised more than one of us when it was revealed that overall (60%) women prefer red and that fewer than one in 10 women go for rosé. Times are changing or maybe we just never knew it, but women do like the taste of red, whether or not it is considered fashionable. And boys! Don’t be scared about loosing your masculinity by sh 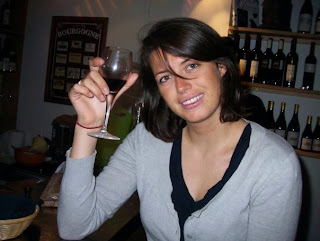 aring this red with them. Smile and agree, especially since red wine increases the female sex drive (add up a bit of Champagne and the night should start quite well).

So say you are at the dinner table with this innocent angel. You’ve just read the sentence above and of course you are encouraging your charming company to drink red. Well done! But don’t even think of trying to fool the lady. If you are thinking that many women (and men) hardly know anything about wine, the “let’s pick the cheapest bottle and she won’t even notice” attitude must be banished.

Yes, this is bad luck! Just buying red is not enough. Other study show that women, while mostly knowing nothing about wine, are dominating wine purchases and are more aware of what is on the market. You must never forget that they look at the price and, more than men, judge the quality of the wine over it… or the quality of the man’s taste over it, or the ability of the man to treat her well…and so on. This is a strange thing that Almenberg, researcher at Harvard university, would call evolutionary and it certainly is. I am not sure I totally agree but this is at least what a study from the Stockholm school of Economics and Harvard university shows : while during a blind test cheaper bottles were overall rated the same as expensive ones. On the contrary, women more than men – when knowing the price – find more expensive bottles more tasty.

To finish the night, remember that for one-third of women have their end of the day wine in the bath. So if you bought a cheap bottle at the restaurant, you still have one last try to make it up to her. Statistics are useful sometimes, aren’t 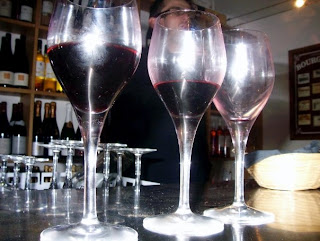