Beaujolais vs Burgundy: an example of why France is losing market shares 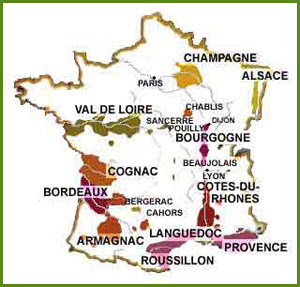 French wine ranked 5th in British sales announced the media last week… Should we all drop a tear or wake up and walk? While the new wine countries are rising and advertising like we have never seen, civil wars are still occurring in France. I am now spending my time in the beautiful Beaujolais region at the border of Burgundy, in the middle of a conflict much older than me.

Burgundy mainly grows Pinot Noir and Chardonnay. Since 1937, nine of the crus of Beaujolais, that grows Gamay grapes, have the right to call their wines Burgundy. The Burgundy organization, celebrating its 20 anniversary, wants to stop this permission, saying that it would be betraying costumers by selling Gamay wines under the Burgundy appellation. The Burgundy anger also comes from a fear of seeing Chardonnay grapes widespread in Beaujolais (now it is only 3% of the lands). 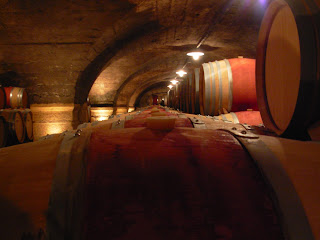 Most of Beaujolais vine growers don’t mind the Burgundian anger and tell them to keep their Burgundian name if they wish. “Let them know that we are proud to be called Beaujolais and that our wines are excellent” says Dominique Cappart, president of the InterBeaujolais organization. Only a few of the Beaujolais winemakers call their wines Burgundy anyway and Beaujolais would be nothing without its name, its land and the tradition in the wine making process. Even though the “Beaujolais nouveau” has not been a good thing to promote the quality of Beaujolais wines overall, it had the advantage to widespread the Beaujolais name internationally. Today, Beaujolais wines have their own identity and growing in popularity.

Beaujolais is gaining a reputation of making wine that has a very good quality to price ratio and some of their vintage and crus like the Moulin à Vent are able to age just as a Burgundies.
I’ve tried a few lately besides the one my family makes and I p

This is not about whether or not Beaujolais needs Burgundy to gain recognition but more about the French division. This childish fight is going against the actual trend coming from the new world countries that is to create more national homogeneity and cordial entente to help market wine. Add to it the strength of the euro compared to the dollar and the pound and it becomes impossible for French wine to sell.

War is on but some Burgundian investors attempt to restore peace, believing that Beaujolais has a real potential. Houses like the “Maison Henriot” in Fleurie that bought back the “Château de Poncié” or the “maison Louis Jadot”, owned by Americans that bought two chateaux in Beaujolais under the “Chateau des Jacques” name. One of their white is called a White Burgundy even though it is made in Beaujolais because the wine making and vine growing processes are closer to the Burgundian one. This is also the case for the Crémant de Bourgogne (sparkling wine) also made in Beaujolais.

If the British don’t buy French wine anymore, this is not because of its bad quality. The British just can’t afford our wines and are lost in the multitude and complexity of names.They are even so keen on French wine that 25 UK retailers and importers (Tesco, Morrisons…) have gathered to help save it, they wrote a letter to the agriculture and fishery minister to beg him to react and encourage the country to create a more generic and nation-wide campaign. I personally believe that the variety of wines in France, it long history and savoir-faire should make it number one in the world. But we are too focused on our civil wars and have been too used to our success to take out the ribbon in front of our eyes and see what we are doing badly.

In the society of consumption, it is time to think of marketing and rework our communication strategy. I must say I really like the state of the art now, with historic brands, regional division… but if we ever want to regain market share or stabilize, it is important that we use the new world drinkers label habits, classified by grape variety. My father will tell you that it doesn’t make sense because the territory and the way the wine is made is clearly important in the final product quality and taste. The Grape doesn’t make it all. But sometimes homogenization and marketing are the only way to save a product whose renown and quality value has been lost in the crowd. Let’s make national wines and brand our bottles… or in a few years our grand children will say.. France is a wine country ? Ah really ? I’ve never heard about it.

New World Wines from Old World Vines
A good example is the O’Vineyard family small vineyard owned by a couple of Americans that came to the south of France to make wine. They brought along the new wine country marketing methods and diverse wine making process and made simple wine with an amazing story line around them. You can try the Mojo that besides reminding the name of the winemaker Joe and “juice” in Spanish will also recall you Austin Power. And of course the 3 O’Podium that are three wines made from the same land but vinified in 3 different ways – steal, American Oak and French oak – great experience and perfect gift. 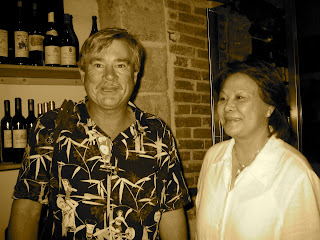