Time goes by and I’ve not been writing to you for a while. Guess what, I’m back!

This past seasons have been very busy, at home and in the vineyard. Our second son Constantin arrived early January, just on time for the Epiphany – a popular day amongst gourmands where we eat the legendary galette in France – a good day to be born, in fact.

At the house in Fleurie, we are now welcoming Airbnbs and work hard on renovating the grape pickers house, but also the pigeons pavillon’s roof… where we used to climb when I was a child. During this time, more and more bottles of Beaujolais were sold in the world, an increase to celebrate!

April is very important in Beaujolais: after September’s harvest – November’s Beaujolais Nouveau – it’s when the crus pass Easter and are released on the market.

It’s also the time to welcome the whole world in our vines and at Bien Boire en Beaujolais. The 5th edition gathered almost 200 winemakers from all winemaking families but also more than 1500 visitors from the world. Sunshine welcomed everyone, a bit lost by the huge amount of good wines to be tasted. For us, it’s also the right moment to taste the new vintage and say hello to our next door neighbours. In each room was also set a table with older vintages, always looked after by connoisseurs. If you were lucky to be free for the evening, a few other great magnums were poped open in the darkness of some cellar

While most of the winemakers are now switching to vintage 2016, we just released the 2014. A year that has a good structure, freshness on the top of red fruits, spices, anis and violette. It’s a serious vintage that will keep very well.

In 2014, it’s also the first time that we’ve tried a special cuvee from the old vines on the slopes behind the house : La Brirette. One of the best terroir of the cru and already showing great distinctions.

I’m sorry if you’ve missed it and I hope to see you next year. Meanwhile, you can still go to the 37th Fête des Crus du Beaujolais that is taking place in Julienas this week-end or visit us during the year. Another time to celebrate!

Students coming to taste at our booth 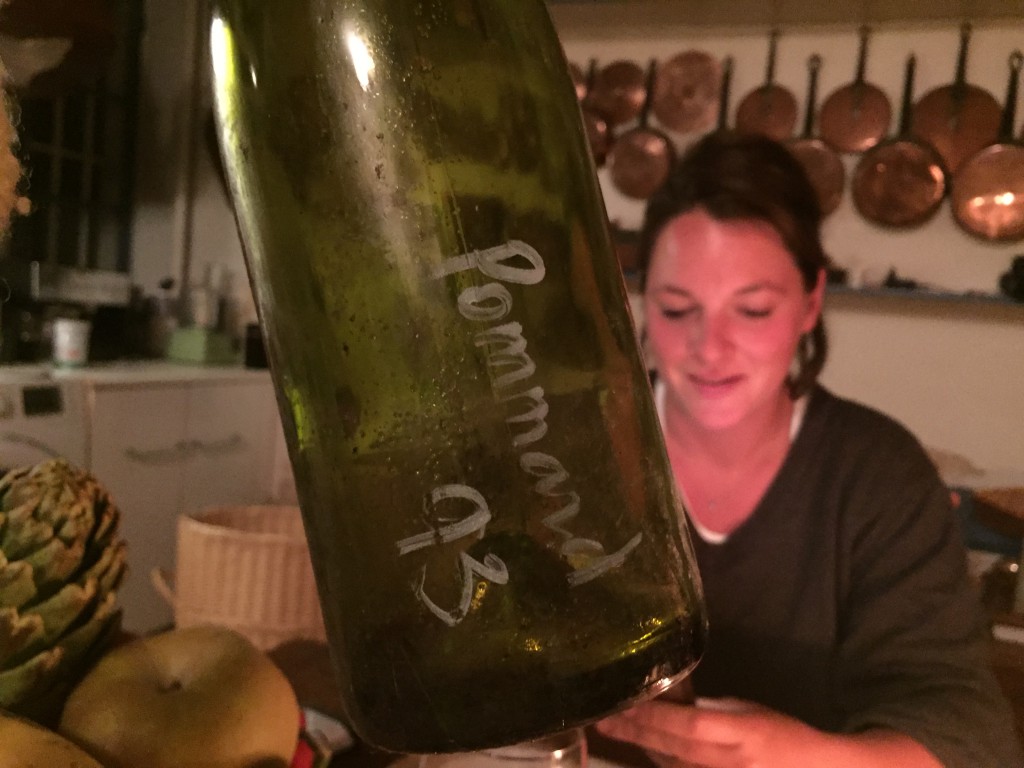 An hour away is Pommard and my good friend L’Actu du Vin, Marthe Henry 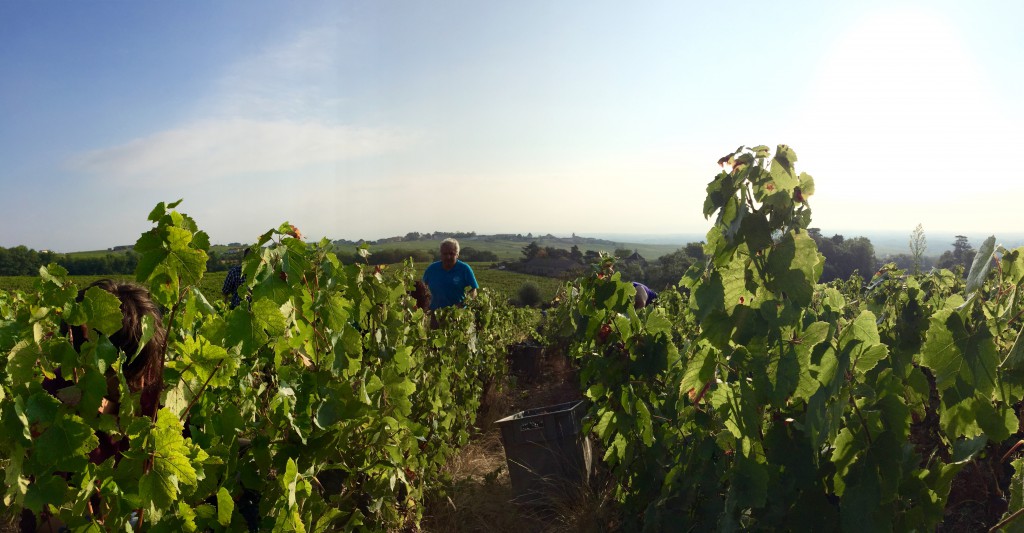 At the top of the Brirette, where we make the new special cuvee, down the hill is the house 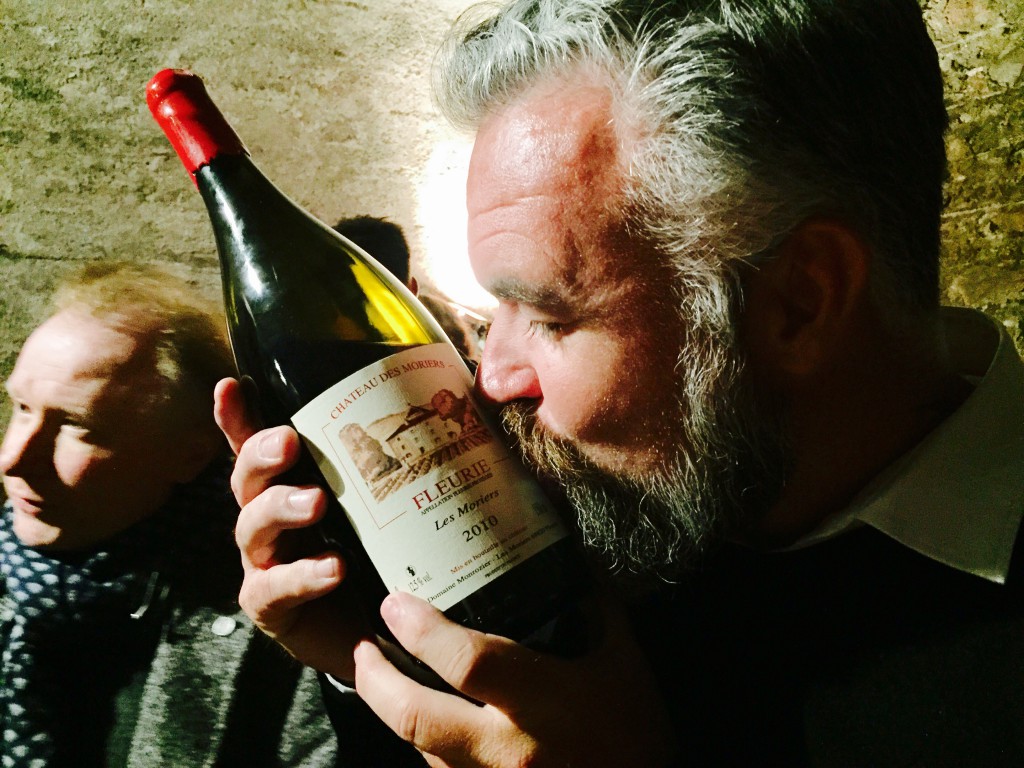 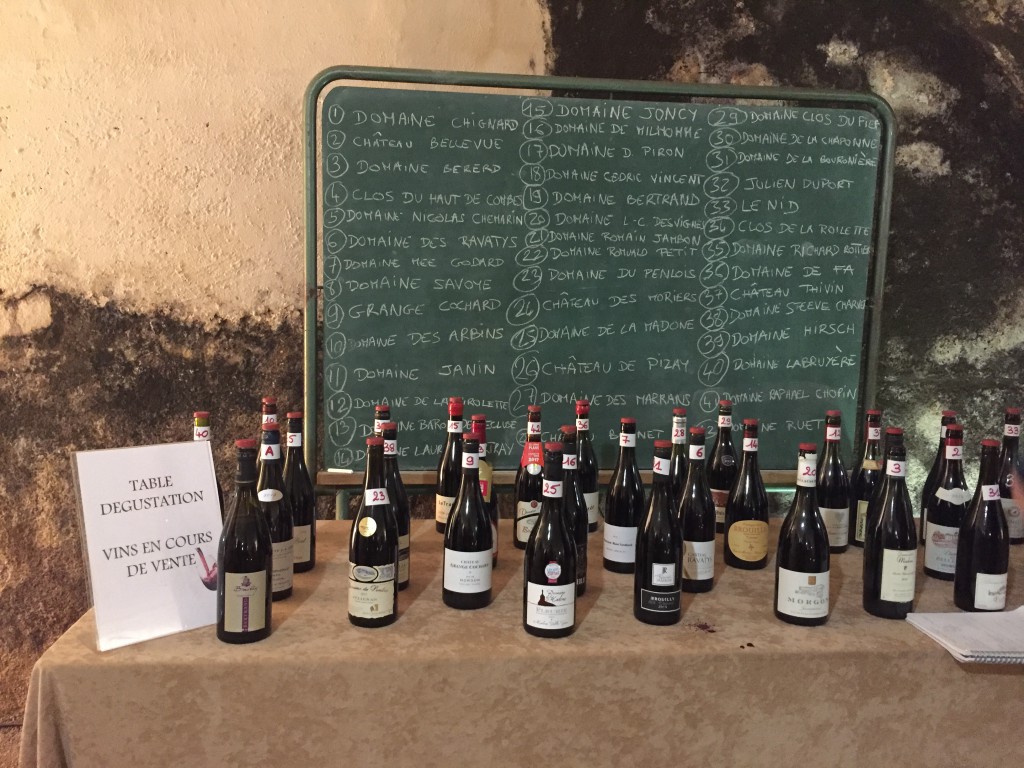