Sharing a Glass of the Sensual Romanée-Conti

I have always been in love with pinot noir, a delicate and sensual grape variety.

So imagine when, I had the opportunity to try a selection of the Queen of them: year 2000 of the domaine de la Romanée-Conti. 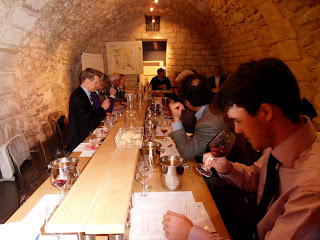 A few weeks ago at Grains Nobles, the prestigious tasting school in witch I’ve hosted English Wines, I had the tremendous luck to spend the night with the 6 crus of the Domaine de la Romanée Conti  (DRC) and other Vosne-Romanée in the year 2000.

Bernard Burtschy, the famous wine critic, was the voice of the night: soft, clever, unpretentious and malicious, he let the wine express itself first, with respect. A perfect conductor. 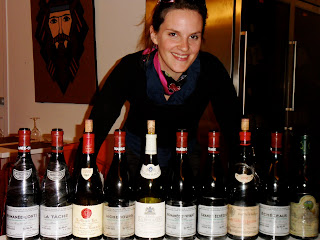 Considering that Burgundy is one of the most renown wine region in the world and that Le domaine de la Romanée-Conti, located in Vosne-Romanée, makes some of the top wines of the region. So it is said  and broadly accepted that the DRC makes the best wine in the world. 6 grands crus in Pinot Noir: la Romanée-Conti – greatest of them all – La Tâche, Richebourg, Romanée-Saint-Vivant, Grands Echezaux and Echezaux. All are produced in a very limited amount, on tiny lands that are so well taken cared off that it looks like a museum. The DRC is biodynamic since 2007 which makes the wine even more special and rare. 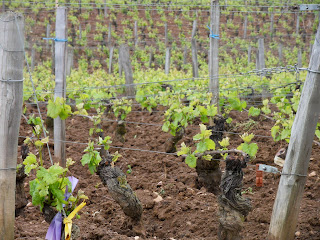 On my visit to La Romanée Conti vineyards the day following the tasting
In white, le domaine de la Romanée-Conti also has a wine from Montrachet, 3000 bottles of top chardonnay : rare, expensive and delicious.

Elegant, refined, delicate but also complex and moody, it confuses more than one connoisseur that often looses its marks when drinking it. It is a revolution on your palate, hard to synthesis ; at the same time it procures intense pleasure and delightful emotions. No matter if you don’t get the wine because it is finally all what you ask for when drinking it.

Within the Romanée-Conti’s crus, you can sniff and taste a large extend of different aromas revealing different emotions. The quality varies  also according to different years and the time when you drink it, Richebourg for instance had firm tannins with more earth and spice than Grand Echezaux. It could have easily waited 10 years more before drinking it. 2000 was not know as a great millesime overall, but drinking la Romanée-saint-Vivant today in 2010 was just the best experience a wine ever brought me. 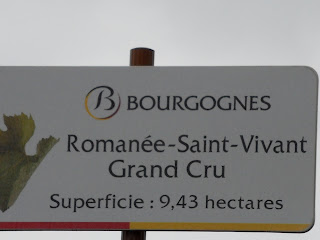 On my visit to La Romanée Conti vineyards the day following the tasting
In an intense atmosphere charged of a collective emotion of bliss and ectase: the first sip of Romanée-Raint-Vivant 2000 made me close my eyes and shiver. Sensual, as light as air, as soft as a women’s skin, this magic elixir was pure and sexy. And not a vulgar sexy: classy. If this time I may give a gender to this wine, I would say I had in my glass the essence of feminity…  The kind of woman that men and women together would fall in love with, a mysterious angel. 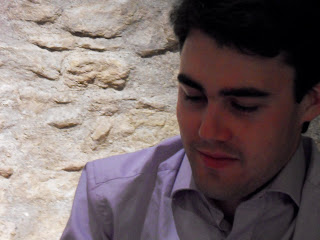 Emotion
So in this year 2010 at Grains Nobles, the romanée-saint-vivant was simply outstanding.

Followed by la tâche and la romanée-conti that were also extra-ordinary, it was hard to go higher in intensity. Emotions already got to such a high hand none of the other wines poured had the powerful effect of a saint-vivant this time. I believe so for anyone in the room.

Some might think this best wine of the world is over-rated, I have no idea of how much each bottle cost, and it didn’t really matter at that time – the focus was on the juice.

You never know what can happen when you drink a good wine. It is like a love potion, magic doesn’t occurs every time. Remember and Beware! Drinking the domaine de la Romanée Conti could make you cry. 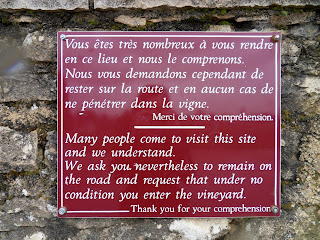 La romanée Conti – A protected legend
Share This Post
Next: Vicky, Vinology, Madrid – A hot night with French Wines in the Spanish Capital